Watch This Video About Shockwave Therapy Before You Get Another Injection Or Go In For Surgery!!!

Dr. Benjamin Fergus talks about the many benefits of Shockwave Therapy. ​​Cornerstone Health is proud to be the first chiropractic clinic in Evanston, IL, to offer Shockwave Therapy to their patients. 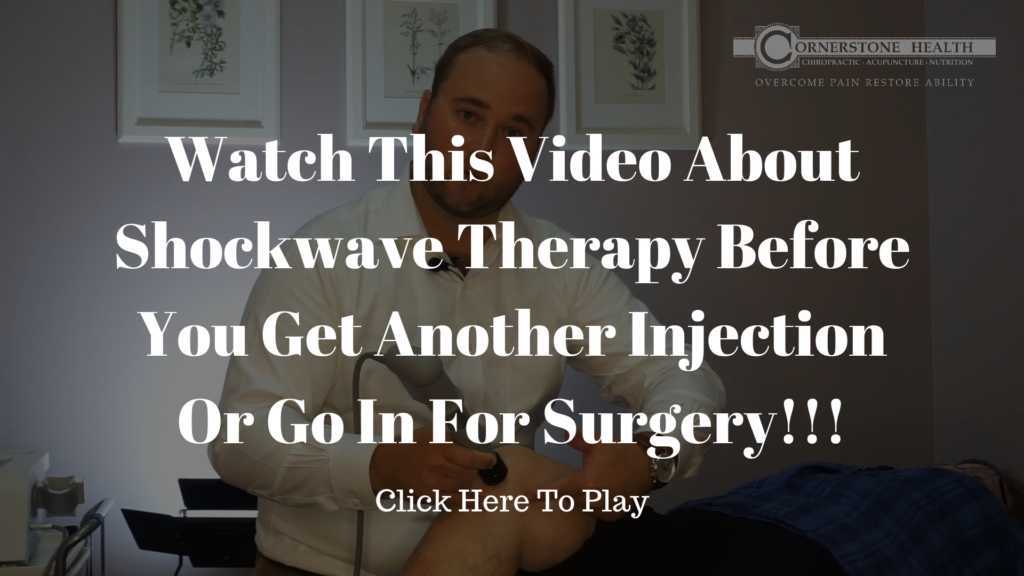 Watch This Video About Shockwave Therapy Before You Get Another Injection Or Go In For Surgery!!!

-Hi, I’m Dr. Benjamin Fergus with Cornerstone Health in downtown Evanston. Today, I’m gonna demonstrate a very special treatment that we offer here at Cornerstone Health, which is called shockwave therapy, or acoustic wave therapy. Now, this is different than other forms of wave therapy in that it creates a mechanical wave, or a ripple, that goes through various depths of tissue. This wave is used to help regenerate cartilage, to push fluid or inflammation out of injured areas, and it’s very good for helping to heal and break up scar tissue in fibrous sheets of fascia, such as the plantar fascia, and in the ligaments of the knee and the elbow. So we’re gonna demonstrate how to use this with a patient that has some limitations and knee degeneration.

Now, if you have some knee arthritis, cartilage loss in the knee, or knee pain, surgery is not the only option, and injections are not the only option. Often, injections will reduce the inflammation for a short period, and give you some short-term improvements that are a great tool. But for long-term improvements, we need to regenerate some tissues in the knee, and that’s where shockwave is uniquely effective. So when I have a knee that has some degeneration, the first thing I’m gonna do is measure the amount of flexion and extension the knee has. Inflection, I’m gonna lift the leg up, and then we’re gonna bring the heel down, and I’ll measure the knee angle.

Now, when we started with this patient, before this treatment, we could not quite get to a 90-degree angle or the minimum amount of flexion that’s needed. And now, we’re able to move to just under 100 degrees of knee flexion, which is greater than a 10-degree improvement in the knee. And that’s gonna make things like getting in and out of the chair much easier. Additionally, we’ll measure knee extension, both passive, and with a little bit of pressure. And this was also a limitation for this patient’s knee. Ideally, I wanna get to zero degrees of knee extension. We started with about a 12-degree limitation on that, and now we’re within four degrees of our goal of extension. So let’s show you how we use shockwave therapy to help her get to this point. I’m gonna just roll the pant leg above the knee.

Now, on the front of the knee, just to the side of the ligaments, there are these little pouches that in acupuncture are called the eyes of the knee. These areas swell some when the knee is irritated, but because it’s soft tissue, it also gives us this nice window to send the mechanical wave into the center of the knee, to help those tissues regenerate. So I’m gonna apply a bit of gel to these areas that we’re gonna treat. And we’ll also treat the top of the knee, the quadriceps tendon that puts force into the knee. I’m gonna set this up and calibrate it to make sure it’s comfortable for the patient. I’m angling the applicator so that it goes towards the center of the knee, where we’re trying to regenerate some cartilage. So that’s my little test, was that a tolerable level.

– The whole treatment’s gonna last approximately five minutes. We’re now gonna move to the outside of the knee. The other point is where we can access the deeper tissues. Tolerable here? So when we apply this therapy, there is a steel rod on the inside of the device. The compressed air shoots that rod forward and it hits the back of the applicator head. At that point, nothing is going into the skin, but it creates a sound wave. And that sound wave is a ripple that will go, based on the applicator, up to six centimetres deep. So when I angle the applicator, the wave that’s going to be going in and changing the tissues is going about as deep as where this finger is currently.

So that wave is gonna break up some scar tissue, and it’s gonna help a regenerative or a proliferative effect to start to happen in the knee itself. When we apply that to a muscle, it’s gonna take a tight muscle and loosen it, increase blood flow, and allow it to work more normally. Now, we were just chatting with this patient about what this feels like. And based on the setting, it typically feels like an ache in the area of the treatment. Sometimes that ache is really deep, and other times it feels like it’s directly in the muscle. And that can all be modified with the settings on the machine and the way that we apply it.

The entire treatment takes about five minutes per knee and we’ll repeat that treatment between six and eight times to get the full effect. And we’ll match that with some exercise and other lifestyle recommendations, as well. 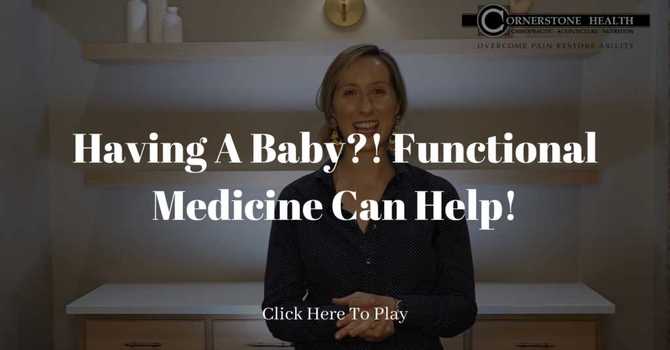 Having A Baby?! Functional Medicine Can Help! 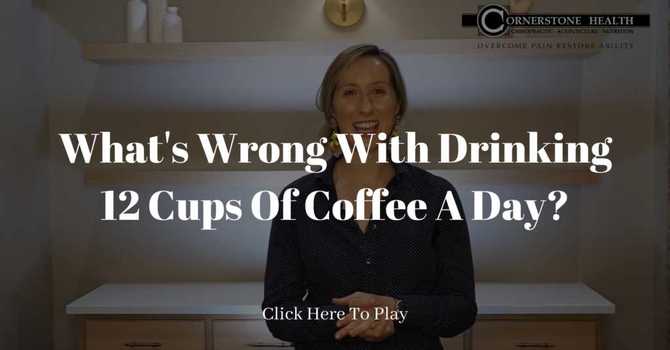 What's Wrong With Drinking 12 Cups Of Coffee A Day? 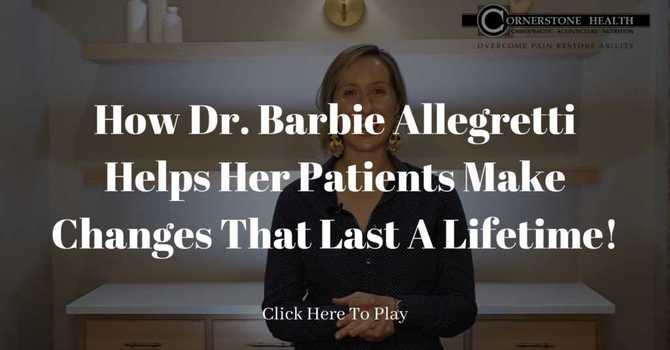 How Dr. Barbie Allegretti Helps Her Patients Make Changes That Last A Lifetime!